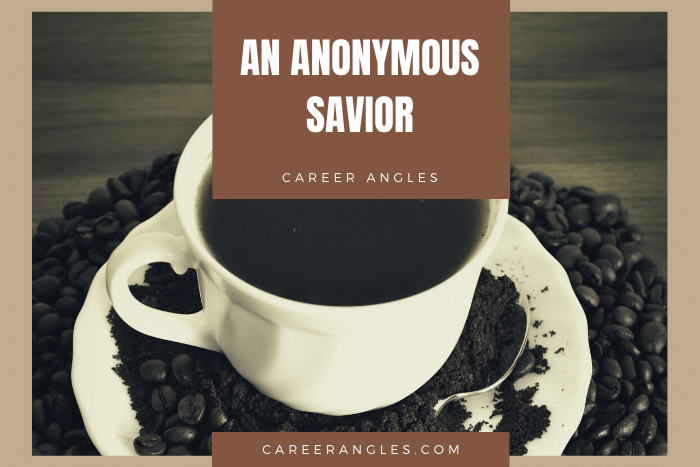 Despite my best efforts, I work in relative anonymity. I created and host the number one podcast in my category in iTunes with more than 2100 episodes over more than ten years. I’ve written eight books and have almost 7000 videos on YouTube. My name is not one that the world knows.

I resonate with people who work anonymously and try to convey ideas. Most of the time, their ideas are ignored, and often so are they.

Then there are the magic moments where a person’s time has come, where the work of your life meets a moment of need.

I listened to a podcast called “The Daily,” which told the story of a woman who learned about mRNA in Hungary while in graduate school in the 1970s. Dr. Katalin “Katie” Kariko began work to create mRNA in a lab when the technology was not very good. She believed that since this was the transport system for instructions between DNA and the rest of the cells, it will be possible to change its programming to change the message. You could tell a cell to do anything you wanted.

In the 1970s, while working on her Ph.D., she worked in a lab studying it, but the tech didn’t exist to make it. And the research center she worked for ran out of money, and she lost her job.

In 1985, Dr. Kariko’s story continued with a move to the United States, where currency restrictions in Hungary prohibited her and her family from taking money out of the country. They smuggled some from the sale of the family car into her two years old daughter’s teddy bear.

Her first job in the US was at a doctoral position paying $17000 and eventually was hired for a low-level position at U Penn, where she hoped to pursue her research in mRNA.

By now, the technology has evolved, and you could make mRNA. She had the idea of making some and putting it into a cell to see if you could give it instructions to do something it would not have done before.

She began work with another scientist on her hypothesis. Data came out of the test equipment confirming that they made a cell that would do something it would never have done before. She understood that this success had huge potential.

After the breakthrough, her collaborator left Penn; she had no permanent position and needed to find another lab to take her in. She found another lab and another scientist to work with . . . and he left.

She started to write grant proposals. 7 people applied and 6 were going to be 6 accepted. Hers was the one that was not chosen. Every time she came close to another collaboration, the other scientist would discover that she had no grants, funding or publications and walked away. She did not allow these setbacks to define her.

In 1998, she stood at a copier and struck up a conversation at the copier with someone. Dr. Andrew “Drew” Weissman. He told her that he was trying to use DNA to make a vaccine. He invited her to join his lab, and the two started to work side by side. He had the grant, the lab, and the prestige. Their goal was to try injecting mRNA into a living animal.

The initial experiments did not go well. The mice became sick. They had the idea of creating a slight modification and injected it into animals. Then they waited again. This time, the mice made the protein and did not become sick. She repeated the experiment, and it worked again. It was the culmination of a lifetime of work.

Then she wrote a grant proposal, attempted to publish a paper on their research, and started a company. Most journals turned down their paper. No one wanted to invest in their company. She was back at the beginning.

In 2013, she gave a lecture and met someone who started BioNtech who understood and hired her. In 2018, BioNtech and Pfizer agreed to work on a joint project to develop a vaccine. She worked on a flu vaccine for several years when Covid-19 hit, and the BioNtech CEO understood how to make an mRNA vaccine. Thus when the pandemic hit, they were ready. The work of a lifetime that no one cared about could save the world.

We know the rest of the story.

Will you give up?

What decision will you make in the face of adversity?

There are times when we all know we should give up, but maybe we’re wrong. Maybe those are the times that perseverance is important.

You know the truth for you.

So many people give up prematurely and lose the chance to make a difference.

Imagine if this anonymous savior had.