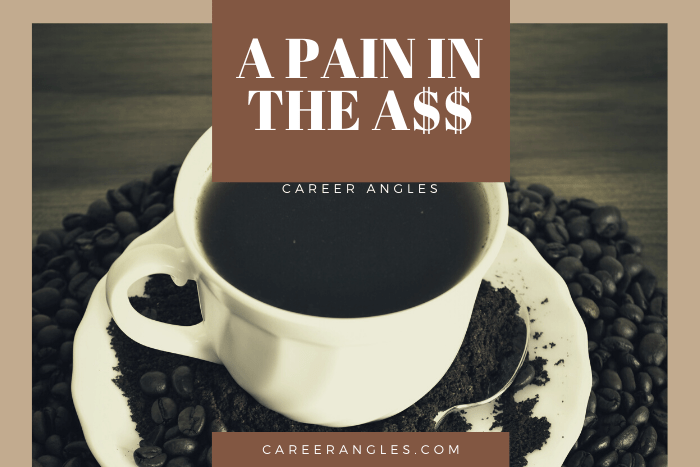 At one firm I work for, I was an insider have the benefits of being an insider. The lead in the office liked me and was sitting my praises to senior management.

I was protected . . . until, in the pique of honesty, I pointed out to the owner of the firm is a process of criticizing me for not being more like the lead salesperson that he was probably losing money on their desk.

I had noticed the system was set up in a way that they had three people working on their jobs. One person would fill it and two be fired. After all, these people were costing the firm money by not generating revenue. Two more would be hired and the game would repeat itself. Management did not allocate any costs to the lead salesperson for the two failures. This person was always held up as a paragon of success.

Thus, when I was told to be more like them, I was baffled. It was the first time I realized how stupid the owner was of this firm and it is my responsibility to pointed it out to them.

I became a pain in the a$$ the very moment I said, “I just realized you have no idea how much you’re spending to support this person. For the three people who work on their jobs. For replacing two people every time you’re firing them. You want me to do the same thing? Sure! I’d be happy to dip into your wallet like that!”

It changed for me in that one moment of being right yet petulant. I was now on the outside. Even though I was right, it is the rare business owner who wants to be told they are wearing no clothes.

Are you the pain in the rear in your office? You know, the person who just doesn’t go along with the flow so easily.

If you are, congratulations. I honor your courage to stand in the face of pressure to conform and be the pain in the a$$ person who doesn’t see what others see.

You are the person who sees the flaws in the idea.

You are the person who doesn’t understand because the idea hasn’t been explained well enough to you.

You should be thanked and valued, rather than ostracized as you often are because your gifts allow people to understand (if they care to look) that there may be something wrong with the idea they are so excited about.

Don’t get me wrong. Sometimes I was wrong. Often, I was wrong because the idea wasn’t explained well to me.

Being the pain in the a$$ should be an honored position.

As long as you’re not trying to f*ck with people.