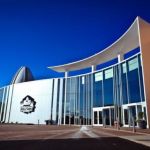 I thought I would use the NFL draft as an example of a way to handle your negotiations. This is not a player story. This is an owner story. This is a management story. I want to point out something that I don’t think many people have really noticed -- there were no leaks out of the top teams in the draft about who they are going to take. Why do you think that is? The answer is leverage. Power. It puts them an advantaged position if there's another team that wants to capture that draft pick.

For example, Cleveland made it very clear (at least the GM, John Dorsey made it clear) that he’s not going to share who his choices are, not even with the owner because he doesn't want the news of it to leak out and impact his leverage if he were to decide to trade it. He also has number 4 pick. Same thing there.

The Giants at number 2. Even if the Browns take 1 of the 2 top quarterbacks, will the Giants do that or do they want to take a particular player at another position? And, if the Browns don't take a quarterback there… you get the idea. By leaving mystery into this, it advantages them in negotiations with other teams. They have the number 2 position in the draft. As such, would you trade out of the position? What kind of draft haul would you want for that? Would you trade out of that position if a particular player that you want isn't there? Would you trade with another team and how far down in the draft would you be willing to go? These are all the top players from college that are eligible and you if you trade with the 23rd team or the 12th team or the 11th team, you don’t get anywhere near as good a potential player as you might at number 2. How many pics replace a number 2? You get the idea.

By being close to the vest, the teams at the top have a huge advantage. So, let's say Cleveland takes a quarterback and now there's a lower drafting team that is afraid that they may not be able to get the quarterback of their choice. What kind of draft haul put the number 2 team, the Giants, get for making that trade?

Now, let's tie this together with you and your job search. Negotiating. The more information you give out, the more secure the employer that you are interviewing with is that they can get you for a particular number. You know, that certainty gives them the idea that you are going to be easy to close. Thus, they don't really have to extend themselves that much financially because they know where they can target you.

However, if you say, “You know, I am not really sure. I y really need to know a lot more about the opportunity plus, I have other firms that are in the mix as well,” well, the impact of that is nervousness, at least until the very end when they say, “Look, we need to get a sense of what number you are looking for. We’re budgeted at such and such. Is that within your range?”

Remember, laws are changing right now. In some places, employers are not legally allowed to ask your current salary. I don’t remember how many states plus there are cities like New York that don’t allow it.

So, recognize that you have an advantage now by not revealing information. Once the offer is made and accepted, you have an application to fill out and if they determine that you lied on the application, they can fire you. So, that part is not part of any lexicon there.

What you want to be doing is withholding certainty from them so that they are always on good behavior, selling to you, presenting themselves in the best possible light so that, in this way, you have maximum leverage just like the teams in the NFL draft.

Jeff Altman, The Big Game Hunter is a career and leadership coach who worked as a recruiter for more than 40 years. He is the host of “No BS Job Search Advice Radio,” the #1 podcast in iTunes for job search with more than 1200 episodes, “Job Search Radio,” “and his newest show, “No BS Coaching Advice” and is a member of The Forbes Coaches Council.