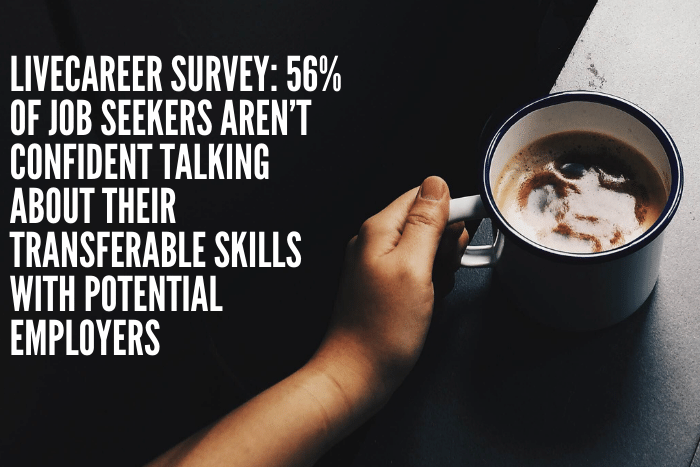 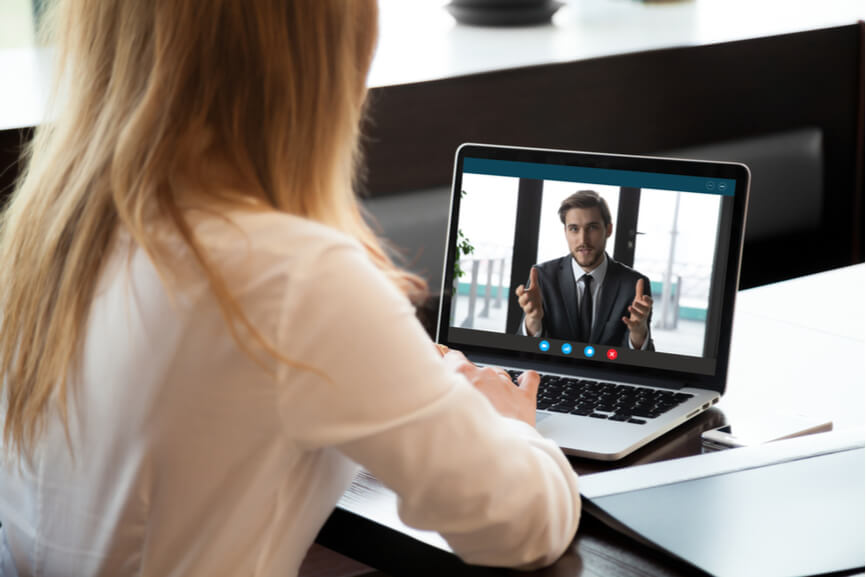 A majority, 56%, of job seekers out of work because of the coronavirus pandemic are not quite comfortable discussing their transferable skills in a job interview, and 34% say they can provide good examples of such skills to potential employers, a LiveCareer survey found.

A failure to confidently discuss transferable skills with potential employers is a serious stumbling block for millions of Americans hunting for a job.

“Transferable skills are absolutely important because when you can describe your strengths and accomplishments as relevant to a wider variety of settings, it opens doors that would otherwise be closed,” Civitelli said.

The national survey, of 1,519 job seekers conducted from May 6–May 11, found that there is a significant gap in knowledge about transferable skills as well as confidence in how to use them among the more than 36.4 million U.S. workers who filed for unemployment between March 21 through May 9.

The LiveCareer survey findings, when generalized to the population of COVID-displaced job seekers, reveal the depth of the issues. It shows possible trouble ahead for the millions of unemployed, as the economy continues to struggle and many industries are not expected to return to their pre-pandemic employment numbers.

With the U.S. economy in shambles, job seekers who fluently and confidently explain how their skills apply to diverse industries will see more doors open for them. Those who don’t develop such skills, especially if they work in deeply impacted industries like food and beverage, ridesharing, retail, hospitality, aviation and travel will be at a disadvantage.

Experts say many industries will suffer long-term job losses, and some will never be the same. Even the nation’s largest health systems are laying off workers. Fed Chairman Jerome H. Powell told CBS News’s “60 Minutes” on May 17, that a full rebound from COVID-19 lockdowns may take until the end of 2021 because the United States suffered the “biggest shock that the economy’s had in living memory.”

Joshua Bernstein, an Indiana University economist, says the damage is not equally distributed across the economy.

“Industries like restaurants or going to the cinema or theater — the classic hospitality or entertainment industries, where social distancing is the opposite of what would have been happening in the past — face a big challenge as they, in theory, have to do a major redesign of how they deliver their services,” Bernstein said.

When it comes to using transferable skills to land jobs, however, there’s a disconnect between what job seekers believe they can do, and what they’re actually capable of, the LiveCareer survey found.

Just 34% say they could provide that employer with good examples of those skills. That leaves more than 22.2 million job seekers falling short.

And when it comes to interviewing, job seekers aren’t very confident discussing their transferable skills with potential employers either, the survey revealed. Only 44% of respondents say they’re very or completely confident doing so. That leaves more than 20.4 million people who don’t feel comfortable with their abilities.

“You can’t just put ‘interpersonal skills’ or ‘attention to detail’ on your resume and expect that to fly,” said Ashley Cross, a West Palm Beach, Fla. career coach. “You can’t just say you have those kinds of soft skills. You have to focus on proving it.” You can do this in your job interview.

“I highly recommend that job seekers practice interviewing, especially when it comes to articulating their transferable skills with actual examples of how they use them, and why that matters to the employer.”